How Do you Cope/DeaI With Being In There All This Time”?

I will not try to speak for others, because we each had to find our own personal ways to “cope/deal” and (most of all) “SURVIVE” the traumatic torment we were subjected to in there. But I want to share that I am finally able to take a deep breath and learn about my personal struggles.
During the first five to ten years in PBSP-SHU, I watched the guys around me outwardly showing their struggles as they slipped deeper into the abyss and ultimately lost their Sanity. This was especially blatant for those whom the prison staff deliberately separated from the rest of us (within the other SHU units) and moved them to a separate torture place called “VCU.” Many of them were driven insane within months (possibly due in large part to their already unstable mental state?)
I recall how these guys would be taken from VCU and brought into the other SHU units where i/WE were located and you could see that they were all the way gone. A guy would spread feces all over the cell and his body and be inside his assigned cage like that with no care. And in the case of the young mentally-ill Black man named Vaughn Dortch, the staff (both medical and guards) forced Mr. Dortch into a tub of scalding hot water and held him down while they scrubbed his skin with a steel brush and his skin peeled away and hung loosely at the bottom of his legs.
Another prisoner had climbed atop the highest rail bars on the Second Tier and jumped off head first.
Some guys banged their cups and spoon on the bars and screamed and yelled all night. And these are just some examples of the blatant symptoms of SHU prisoners losing their sanity. Then there are those who, like myself, were able to internally find the wherewithal to battle/resist (often with outside Humanity’s supportive help) and cope/survive.
For me, I survived by trying to identify which ways our CDCr SHU tormentors were using to penetrate our inner-being and manipulate/play on our vulnerabilities and weaknesses as Human Beings to try and Break our Minds and Spirits – such as playing games, denying all natural Human and social contact with anyone, including or Families, depriving us of the normal use of our natural senses to see the grass, trees, sun (feel it’s rays/warmth), to smell/taste nutritional, wholesome food, to hear natural sounds like birds singing, human laughter, etc. We were physically entombed in a 3-walled concrete, windowless Box with little holes at the front formed around a locked, rectangular slot that they shoved the food tray through. AU we could see was a larger wall directly in front of the cage. I sensed the need to have some kind of defense around me inside. But How?
Once I saw that the entire Solitary Confinement creature was set up to attack my overall Being (inside and out), I started trying to find effective ways to cope. So for years I relied heavily on mainly exercising my body and mind, reading studying and writing. And whenever I felt the stress and strain of the creature tugging at my inner-Being, trying to pull my Sanity over the edge into the abyss, I would quickly get to exercising. That worked for awhile, but then came the mundane, everyday monotony of waking up and having to face and deal with the same ole tired, boring regimen, day-in and day out. It would be at this stage of my internal struggles that I feel this creature tugging at me. So I learned to go inside myself, find memories of my Family and hug/hold onto them for dear life. I would place us in a sacred place deep inside the Heart and there we would remain throughout the duration of my traumatic ordeal. I would somehow fix my Mind to shut down, block out, and close off any noticeable access by our Tormentors to get into that safe sanctuary of my Heart and Soul.
To be continued. . . Next “Exiting the Madness Thru Humanity”
By J Baridi Williamson 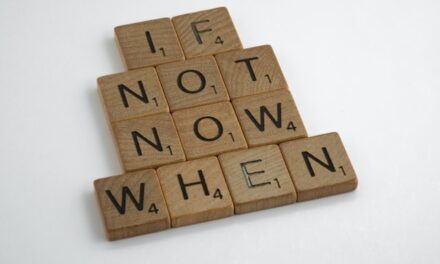