I woke this morning while on lockdown into the 7th day and a quote I read a long time ago came to mind “consciousness is the key to ones deliverance from oppression that take the prison experience and translate it to other in prison and outside of those concentration camps. The prison theoretician sees that path which is not yet cut and injects theory into our world so that others can build on these thought” Jose H. Villared.
These types of quotes that have made me look at myself in the mirror and question what I can do to bring a “Halt” in the communities of America, change the direction of the self-hate, anger, killing of our own. How can I help those continue action and disregard for other life and property that our youth so openly display and carry like a badge of honor and ultimately will cause them to sit where I sit or worst dead or cripple by those who are just like him and motivated to protect their interest.
In my learning I know that “Words” are relative to the spirit that you give them, so I write to give you a picture of the type of spirit this place provides. How it will reshape you and give you purpose or simply remove your heart and or replace it with a spirit of disrespect, degradation, emasculation and the list goes on.
Bruh I reside in such a place, a place of the hopelessness and hopeless, unless you come to some sort of resurrection of thought and spirit. You will become self-entombed by your own volition, dead forever to everything that has meaning.
You have to seize the opportunity to turn your life around, build relationship with family and community and rise above your situation wherever you are in your life. I get it bruh, the world, the street, the hood is a dangerous place to live but in my life learning it’s not because of the people who do wrong but because of the people who don’t do anything to change it, make it different, yeah I know I ain’t no snitch is what the mantra in the hood is until it hits home, then the tune becomes on the evening news somebody please come forward, death is everywhere, two more killed over the holiday, 7 injured.
The national cry another two African-American citizen killed by the hands of white police, everyone is outranged in the African American community, planning protest, social media blast, walk bys, sit ins, you name it and it will be done but over the holiday several children were shot here in Chicago and there was nothing but a news segment, no marches, no protest nothing there is something wrong when there is more excitement about a NBA trade then the young black lives being lost day in and day out in our communities by the hands of our own, not the police, not the justice system, not by institutionalize racism, but you are mad at the police. Have you looked in the mirror bruh? Bruh we are killing each other at alarming rates, where the sanity in that? When do we solve the problems that plague us from within, when do we raise up? Where do you take some responsibility for the things going on where you live and steps up and be a part of the change you know is needed right in your community where” Lives should really matter”
Yeah why not adopt that mantra and show up. I am as guilty as you, certainly played my part in causing havoc, terror and causing many to lose a night sleep, over things I’ve done. But it’s time to repair the breech bruh. What we/you have been doing on the street serves no one and everyone in the community are victims, even you with the advent of small video cameras, I phones, things are now being recorded and displayed that has been happening in America from the beginning of time, one commentator has said but imagine if that camera phone, that go pro camera was turn on you and others and all could see what you and others are doing in the community, down the street, behind closed doors, day and day out. Who would be marching then?
In my learning it hasn’t been anyone other than us, not man, the old man. In some cases, men I talk to come from good families, so it’s not the parents committing crimes. It’s us causing all the reactions to our actions. It’s my job through these words to make you think and say man, bruh you got a point. Words are merely the vehicle on which thoughts ride.
I am simply trying to ignite some different thoughts. In my learning someone has to step up, start the conversation about what we are doing in the hood and the prisons to bring about a chance so now what will you bring about a change. So now what will you bring to the table of change?
End
By: Kenneth M. Key

Man Up or Man Down 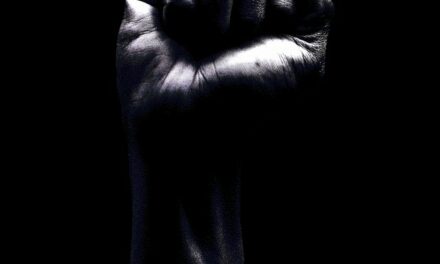 The Strength Of A Man