It was a country house like so many others peppered throughout the Midwest. A dusty road framed the front of the sky-blue house, with a massive cornfield stretching farther than the eye could see.
A white picket fence surrounded the house like the walls of a castle, but this was no castle. Sometimes white picket fences lie.
To the little girl, the fence was more like the jagged teeth of a gap-toothed monster, she imagined the home as the monster´s head, and the cornfield as its body. In her mind, Lily knew her monster. She knew it waited for her after school. It waited to devour her happiness. She hated it here.
A black and white cat clock was mounted on the strawberry wallpaper in the kitchen. It’s the eyes clicking back and clicking back and forth, as if to say, “I know something about time that you don’t. Lily swung her feet to and fro over the kitchen floor, matching the rhythm of the cat clock´s eyes as they tick tocked the minutes of the day away.
She stared off at the strawberry wallpaper, picturing strawberry fields. Nothing is real. She adored the Beatles. She couldn’t pick between John or Paul though. Earlier that day, Becky railed on her at school. In a gasp, Becky hissed, “What do you mean you don’t know which one is your favorite!?”
“Every little girl knows which one is her favorite.” Shaking her head disapprovingly, “Mine is John, he has the dreamiest eyes.”
Becky started wistfully up and off to the left, picturing John´s eyes. Her mouth turned up at the corners, as Becky faded from reality and she became the picturesque caricature of any late 60’s Beatles mania junkie.
“One day,” Becky promised, “I am going to marry him.”
“Everywhere I go, they´ll call me Mrs. Lennon.”
Stupid Becky, Lily thought. She’s always talking about marrying someone. First it was Dick Clark, now it was John Lennon. Tomorrow, it will be Darren from Bewitched.
Lily´s mind faded back to the immediate moment, back inside the monster’s head. Two rooms down from the eyes and about where the monster´s left ear should be, Lily sat in her seat. She was still swinging her feet, occasionally scuffing the linoleum as her bucked school shoes caught purchase. He hated when she did that.
The little Oreo cookie glared and settled her head back down. Her eyes still cracked a little bit, a silver of amber keeping watch over the noisy house guest.
Lily stood to look out the window. A black crow was hopping along the long cylindrical shadow cast by their birdhouse. Her Mom´s birdhouse. Lily´s mom loved that birdhouse. She must have spent all summer building and painting it. She wanted it to look like a miniature version of the adjoining houses to admire her handy work. As birdhouses go, it has become the Sistine Chapel of the small town of Emporia. The neighbors would fawn over it and marvel at how amazing the craftsmanship was.
Sometimes Lily would pretend her Mom moved to the birdhouse after she died. Doing ordinary things like cooking a birdseed omelet for the sparrows, Charlie and Wendy. The three of them chattering on about their day, about who was flying with whom. Then Lily’s mom would scold them, for not eating all of their food. Charlie and Wendy would leave in a hurry. After a while, however, they would always return. Lily’s Mom was infectious. Who could stay away for long? 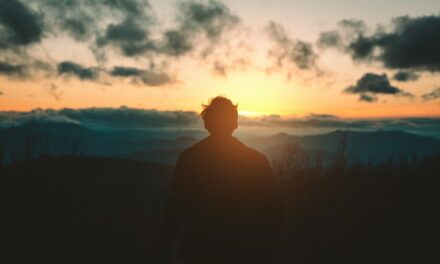 SUNRISE OVER THE WIRE