God works all things according to the counsel of his will…(Eph. 1:11 NKJV)
Does anyone obey the law? Does anyone obey ALL the laws? If no one obeys all the laws, then everyone is guilty of something. So why are some imprisoned, while others remain free on the Outside? Some offenses do not deserve imprisonment, and at the same time others do. Who decides this? Many people appear to “get away with murder” per se and avoid all earthly judgment. If justice is to prevail, shouldn’t all who commit a criminal act be taken into captivity?
Question: Why am I in prison, while others who are guilty of the same or similar or even worse acts remain free?
Perhaps God, who has chosen and called me has a purpose for my captivity. Prisoners often to the words of Jer. 29:11, “I know the thoughts and plans I have for you…” But miss that these words were first spoken to those whom God had carried away into “captivity or exile” V.29:4 Furthermore, God said “I acknowledge those who were carried away captive…for their own good.” “for I will set my eyes on the for good.” (24:5-6 KJV). Solomon wrote, “Do not despise the Lords discipline and do not resent his rebuke, because the Lord disciplines those whom he loves as a father in whose (child) he delights in.” (Prov. 3:11-12; Heb 12:5-6)
So as a disciple of Jesus Christ, we are called and chosen by God. (Rom. 8:28; Icor. 1:26-31) We also know that God works all things for good, for those who love him. I can rest assured that this imprisonment is by his will, design and purpose.
Question: Have you thanked God for your captivity?
By T.A. Mackyeon 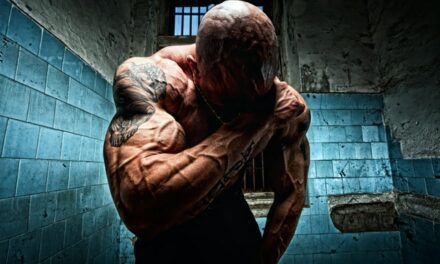 From teacher to student