The spiderweb is the closest thing to real magic. 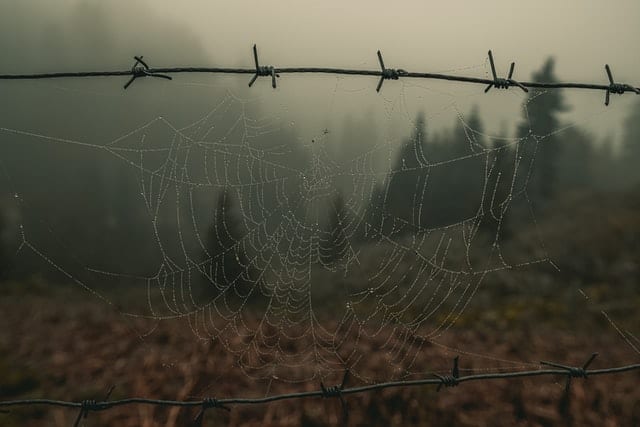 I don’t do it without understanding the magnitude of what I am doing. Sharing the spiderweb is my greatest burden. I carry it forward because it is my duty to do so. On the surface, I am the orator. A conductor of sorts. Little do the people know, I have a grave secret.

Nine of us sit in a circle. Ceremonially, a series of cards get passed around the circle. Each card is a different person’s reponsibily for the spell. Each person in the circle takes two cards, there are sixteen cards, but oddly the cards begin counting upward from the number thirteen.

Only I known there is a 29th card. It’s about a man who donates his organs to save seven other people’s lives.

I never tell the people in the circle though.

I am teaching today with a story. It is a story about a bunch of people impacted by one decision. The story is called the spiderweb. While I have taught it hundreds of times, it never gets easier. Even as I wait to start, I can feel the tension building as my anxiety rises.

One by one the cards are read. The simple spell begins:

13) Hi my name is Michelle – Today I stole a gun from my dad’s collection. He’ll never know it’s missing.

“Who has card fourteen?” the other students ask waiting for the next person. Nervously a guy across the room raises his card. Soon a mysterious purple ball of yarn begins with the person who read Michelle’s card.

“Toss it to Scott, he has card fourteen,” the other students encourage. While holding the end of his string, he tosses the ball to the delight of the class. Just boys throwing a ball around having fun.

14) My name is Thomas – I hang out with Michelle and told her I know someone that will give us a half ounce of mushrooms for the gun.

15) My name is Matt – I don’t think my roommate needs a gun but it would be cool to have one. So I took Michelle and her friend to my roommate because he is a dealer.

The mood in the room begins to shift. The guys still joke but it is with a hesitancy. The ball continues to trace it’s pattern across the room, a loose hexagon is forming.

17) My name is Josh – Two weeks later I was shot with that same gun.

18) My name is Sarah – I haven’t seen my boyfriend in a couple of days. We are starting to get worried.

19) My name is Chad – My brother has been gone for too long. I am going over to the guy’s house that was last seen with him. Either I am going to get him or the police will.

The room is silent. Earlier they laughed about the guy who had the first card because he was named Michelle. Now, nobody is laughing. Only half the cards have been read, but the gravity of what is happening begins to set in.

20) My name is Mark – I skipped school today to go fishing with a friend. On the way, we found a body in the woods.

21) My name is Ariel – I am Josh’s Mom. After my son died, I have been having nervous breakdowns. The other day, I was walking to my car in the mall parking lot. I thought a man was following me. I took all the money out of my pockets and threw it at him. I begged him not to hurt me. I have never been more afraid. He was just going to his car.

Slowly the yarn stretches across the room, originally a single line. Now one person at a time, it begins criss-crossing and developing a discernible pattern. A clear spiderweb.

22) My name is Ruth – I got a call from my son today. He said he was arrested for murder.

23) My name is Benjamin – I am twelve years-old and they say my brother will never come home. The other kids at school have been teasing me because in the middle of class I start to cry for no reason.

This stage is awful for the men who are now connected by this electrified cable that is within every hand. One person shakes and they can all feel it. You do not want to continue with a truth this brutal, but you can’t escape. The guys look distantly to the center of the web and reflect on their own lives, considering their own spiderwebs they created.

24) My name is Maureen – I was dating him before he got locked up. I wore his shirt all day because it smelled like him. I also shot heroin for the first time because I thought it would help me forget the pain.

26) My name is KC – I went to visit my friend in prison today. He doesn’t know but it will be the last time he will ever see me alive. I plan on killing myself on 4/20.

I am starting to get uneasy. This part is particularly hard for me. I feel a pit in my stomach growing and grimace inwardly, trying not to let the others see how much this hurts me.

27) My name is Julie Dinsmore – My son KC committed suicide. He never seemed the same after after his friends went to prison. I wonder what kind of flowers I should buy for his funeral?

28) My name is Maureen – I was the girl that wore the shirt that smelled like him. They found me in a hotel room. Dead, from an overdose. The same heroin that I thought would help me forget the pain – took me away.

Silence. The students wait for the next person to volunteer their card. I don’t correct them, even though I know there isn’t another one coming. Sometimes silence can be a very powerful thing.

Did I say I had a secret?

The spiderweb would be different if the story if it was fictional. But the story is very real and it is staffed by my dead friends who lost their lives to drug abuse and suicides. It also has the the mother, brother and girlfriend of my murder victim, Joshua Glaser. A young man who lost his life much too young. The part that really gets people is all the family members that are included in a story that is mixed with the voices of lost loved ones.

The spiderweb is real magic. I know because I bring all these stories to life, one seance at a time. 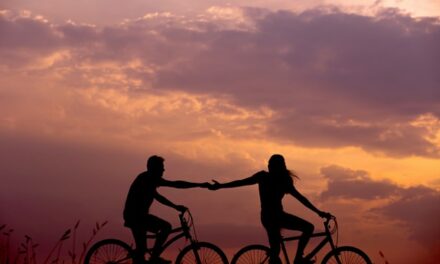 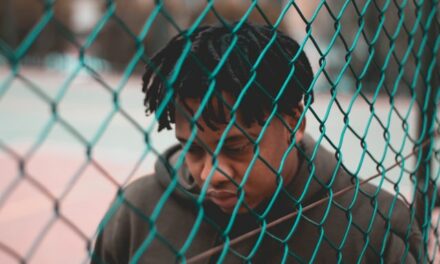 Why is it so hard to Change?